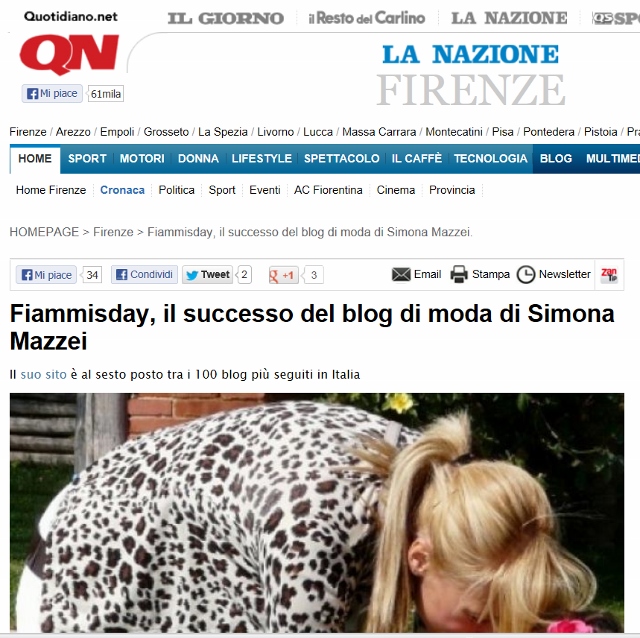 Here I am again to THANK (lately I’m doing it really often and in general, and how it’s nice to SAY THANK YOU). Thank to the journalist Letizia Cini (responsible for the Web Editor of LA NAZIONE) and the Director of LA NAZIONE Gabriele Canè for this article and LA NAZIONE itself for taking a page to my fashion blog.
When the passion that I put in things that I do turns into this, I have really to thank .. 😉
Here it is. that’s all!
Ah, THANKS TO YOU who follow me and stand me every day!!! 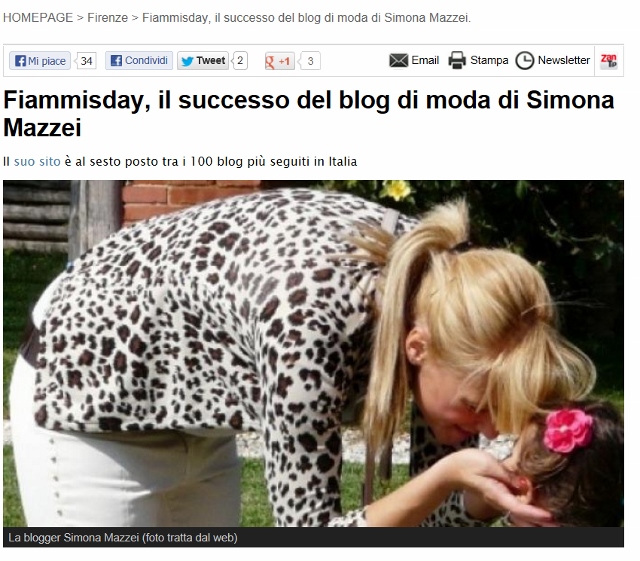 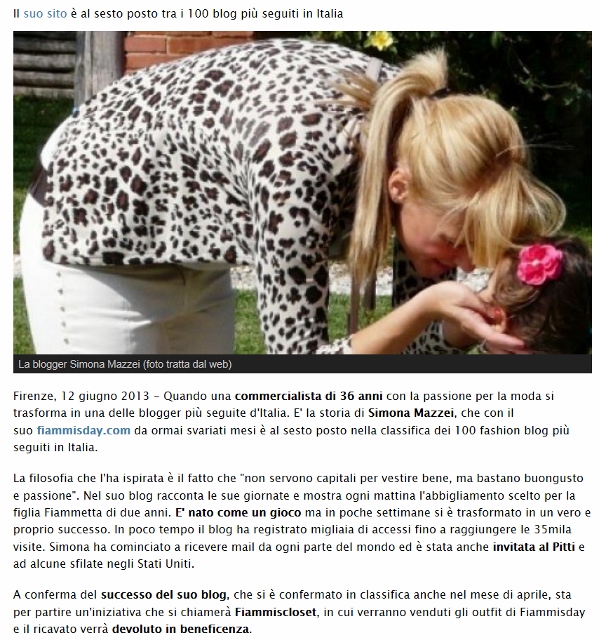 “Florence, June 12, 2013 – When a 36 year old chartered accountant with a passion for fashion is transformed into one of the most followed blogger in Italy. This is the story of Simona Mazzei, who with hes fiammisday.com for the past several months, is in sixth place in the ranking of the 100 most followed fashion blogs in Italy.
The philosophy that inspired her it is the fact that “you do not need capital to dress well, but just good taste and passion.” In her blog she tells her days and shows every morning the clothing chosen for the daughter Fiammetta of two years old. It ‘started as a game but in a few weeks turned into a real success. In a short time the blog has recorded thousands of hits to reach the 35 thousand visits. Simona began to receive emails from all over the world and has also been invited to the Pitti and to some fashion shows in the United States.
To confirm the success of her blog, which was confirmed in ranking in the month of April, is about to start an initiative that will be called Fiammiscloset, where the outfits f Fiammisday will be sold and the proceeds will be donated to charity“